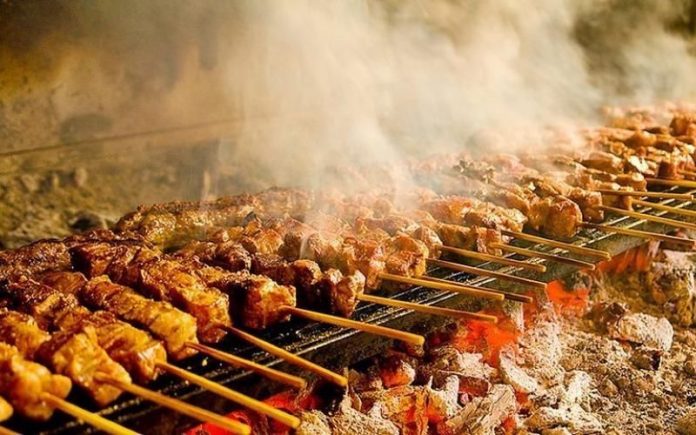 Orthodoxy has many issues in common with Catholicism. There is no doubt that they have some differences. Today we would like to present an outline of information about Ash Wednesday, which is celebrated in the Catholic Church, and Kathari Defter known in the Orthodox Church. Both of these days relate to the unique Easter, which from the point of view of both Orthodoxy and Catholicism are very important holidays for believers. 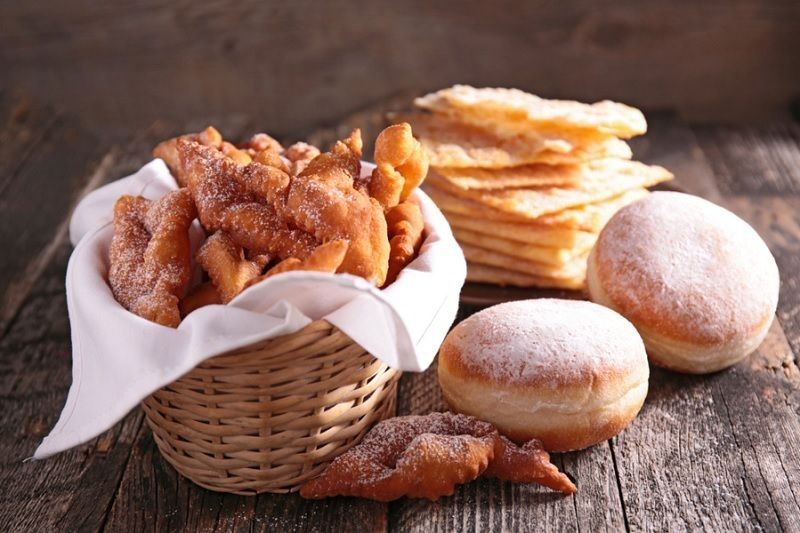 The first holiday described in this publication is Ash Wednesday. According to the Catholic calendar, it marks the first day of Lent. It is a day of penance, which falls exactly 46 calendar days before Easter. Ash Wednesday is a movable holiday and it is worth pointing out that it falls between February 4 and March 10. It is worth pointing out here that Ash Wednesday derives from the rites of the sacrament of penance. According to Catholic rites on this day, the priest sprinkles the heads of the assembled people with blessed ashes. This rite takes place during the liturgy, word by homily, and replaces the act of penance. The faithful gather at the Communion level, while the priest sprinkles their heads and then says: «Repent and believe in the Gospel» or «dust you are and to dust you will return». On Ash Wednesday Catholics abstain from meat foods – people up to 14 years of age and strict fasting – people up to 60 years of age. It is required to limit the number of meals to two light and one to fill during the day. On this day, we will not meet any exceptional traditions. People go to church, avoid meat products, and in many homes eat herring prepared in various ways. 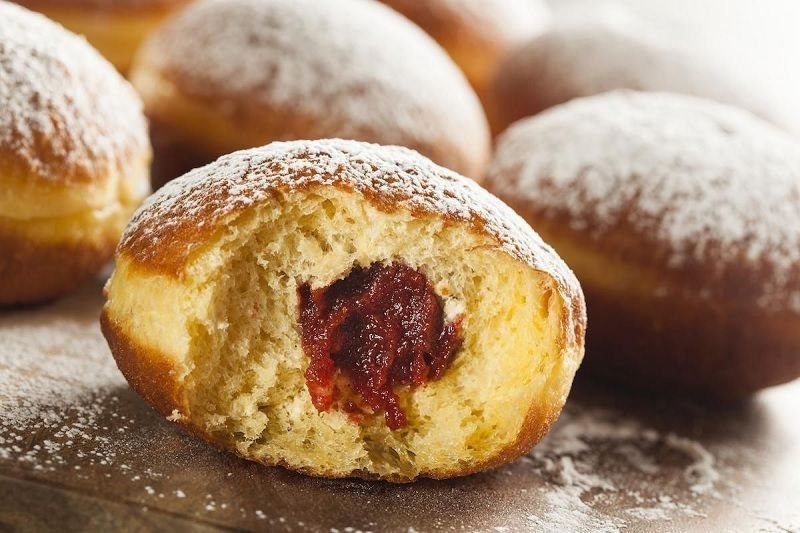 Ash Wednesday was recorded in many paintings. The most famous painting by Witold Wojtkiewicz, entitled «Meditations. Popielec ”, which was made in 1908 using the tempera method on canvas. Currently, it is in the National Museum in Krakow. Other famous works include the painting by Julian Fałat in 1881 – «Popiele» and the painting «Ash Wednesday» from 1857 by Carl Spitzweg. 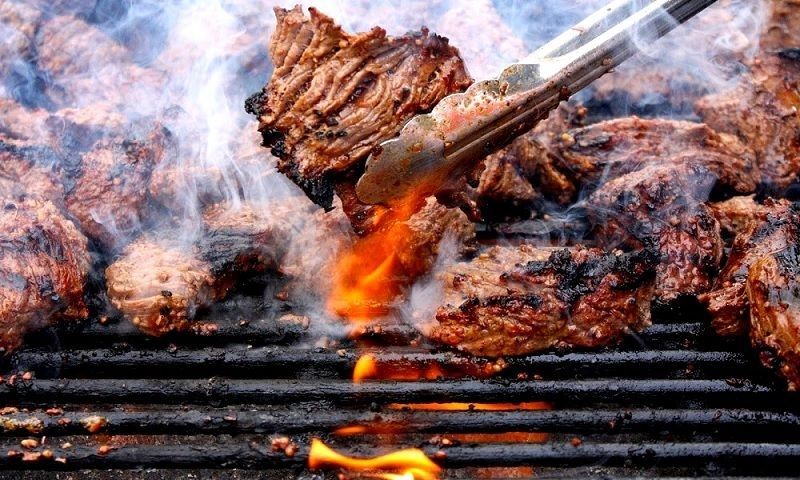 Pure Monday, which in Greek is Καθαρά Δευτέρα, is also known as Skinny Monday, Ash Monday, Lent Monday. This day is the first day of Lent and is a movable feast, falling on the 7th Monday before Orthodox Easter. When talking about this day, it is worth emphasizing its symbolism. As indicated in the literature and numerous publications in this field, «Czysty Poniedziałek» symbolizes both spiritual and physical cleansing. It is crucial for the proper celebration of Easter. As a well-known anecdote says: “clean Monday, because in the past women used to clean the kitchens all day after the carnival feast. Sometimes it is also called «Ash Wednesday», by analogy with Ash Wednesday. The term is often confusing as only a small fraction of Eastern Catholic churches practice the imposition of ashes. Pure Monday alludes to a passage in the Old Testament read on that day: (Isaiah 1: 1-20):

«Hear the word of the Lord, leaders of Sodom, obey the law of our God, people of Gomorrah! Wash, be clean! Take away your evil deeds from before my eyes! Stop doing evil! Do good! orphans, stand up for the widow! Come and argue with Me, says God. Even if your sins were like scarlet, they will be white like snow; even red like purple, they will become like wool.» 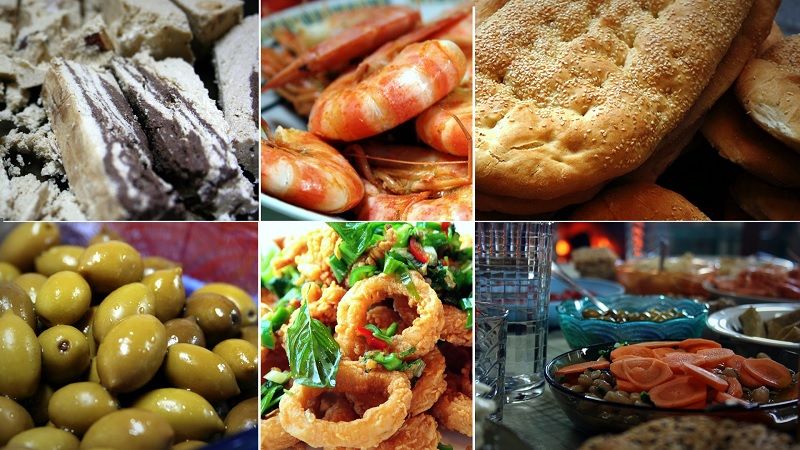 «Clean Monday» refers directly to the abandonment of sinful attitudes. It is a public holiday celebrated in both Greece and Cyprus. It is celebrated during trips in the open air. The consumption of meat, eggs and dairy products is traditionally prohibited for Orthodox Christians during Lent. However, fish are eaten only on main holidays. This has created a tradition of eating sophisticated seafood-based dishes. The dishes carefully prepared and eaten with taste on this day include:
• Lagana – bread with a nice crispy crust, traditionally made without yeast. It goes perfectly with all Lenten delicacies. It is a kind of bread with a unique taste.
• Fish roe salad – it appears in many versions at the Lenten table. It is made with white or red tarama by adding bread or potatoes, onions or in some cases garlic, almonds, lemon and selected oil (olive oil or seed oil).
• Halva – the rich taste of sesame makes this day special. Today in stores you can find halva according to individual preferences, from ordinary, with almonds or cocoa, without sugar, with stevia, with fruit pulp and many others.
• Olives and pickles- olives and all kinds of pickles that are put on the table and served as an addition to salads or as an addition to dishes.
• Squid and seafood – the sea plays the most important role at the Lenten table. Molluscs such as squid and cuttlefish make delicious appetizers. Greek tables also feature shrimps, octopus, crayfish, mussels and many other dishes based on seafood.
• Legume salad – usually made of beans, chickpeas, lentils. They perfectly complement the taste of the dishes. 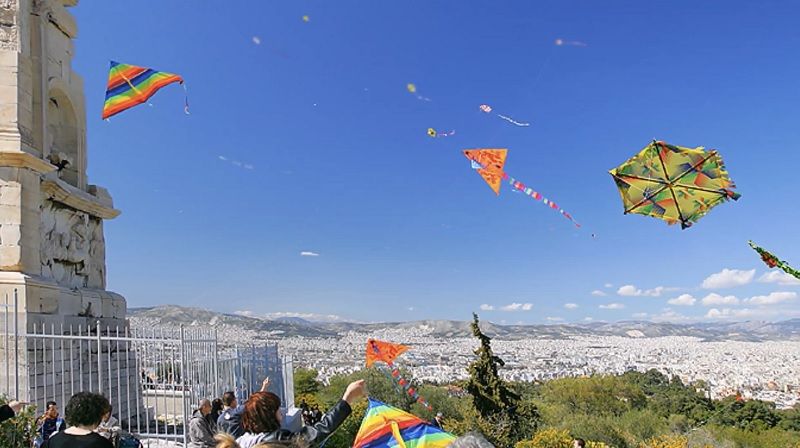 Legume salad – usually made of beans, chickpeas, lentils. They perfectly complement the taste of the dishes. Kite flying is also part of the tradition as it symbolizes reaching God. It is a very charming tradition that has an amazing magic and makes you smile and delight you. The joyful, spring atmosphere of Clean Monday may seem contrary to the Lenten spirit of penance and self-control. This undoubtedly distinguishes this day from the Ash Wednesday celebrated in Poland. However, referring to the Gospel, the following entry can be indicated (Gospel according to St. Matthew 6: 16-18):

“When you fast, do not be gloomy like the hypocrites who want to show people with a sullen appearance that they are fasting. I assure you: They are already receiving their payment. When you are fast, anoint your head with oil and wash your face so that not people will see you fasting, but your Father who is in secret. And your Father, who also sees the hidden, will reward you.»

As indicated in the above study on Ash Wednesday, which is celebrated in the Catholic Church and Kathari Defter, known in the Orthodox Church, these are two days associated with Easter. However, they are celebrated in a completely different way. The common part is undoubtedly the avoidance of meat foods. However, the atmosphere in Greece that day is completely different than in Poland. I have the impression that Ash Wednesday in Catholicism causes sadness, nostalgia and mortification. On the other hand, Pure Monday in the Orthodox religion gives hope to be better, to admire the surrounding world, and encourages you to analyze your behavior and take actions to be better.